Basically, I’m a wacky jill-of-all-trades. I seem to know *just* enough to be dangerous, and have a tendency to be feisty.
I have four kids (currently 14yo, 12yo, 10yo, 8yo). 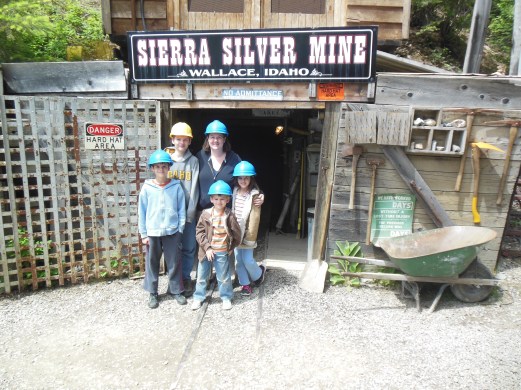 I started on the slippery slope of all things hippie/alternative/crunchy many moons ago when I was looking into cloth diapers for my oldest child. That just started an unstoppable snowball, resulting in me having three homebirths, nursing for seemingly forever (hey, you nurse through a few pregnancies and tell me how you fare!), homeschooling for a number of years, and having a little suburban homestead. It’s not a giant piece of acreage, but it’s mine, it’s cute, and I have really great neighbors.

Currently I am working on several income streams.

However the one I’m most excited about right now is travel. Specifically, helping others with their travel and camping plans. I have a small fleet of travel trailers (with plans to expand services once these take off), along with a fun plethora of camping goods to rent out. We can help make your camping trip as easy and worry free as possible. And, here’s your bonus, not only am I a mother, but a lifetime girl scout. You better believe the kits I put together are thorough. Thorough enough that I’ve put my own personal sets of items to the test while out camping, to see what is and isn’t needed.

As for where the name came from?
More than a few years ago, our family was up huckleberry picking in the forest. I could swear I heard rustling in the woods behind us. A ways away, but I still heard it. Was told it was nothing by the kids’ dad, so we kept picking huckleberries. After we were done, got the kids buckled into the car, we went a little farther up the hill to a switchback to turn around, and to scout for some firewood. Lo and behold, on the backside of the mountain where we’d been picking, across the forest service road saunters a moose. So it then became a family joke that it was an angry moose, that we’d been stealing his huckleberries. Plus, you know, it’s a fun, memorable name. A very North Idaho story, from what I’ve been told as I regale others with said tale.

One thought on “About Me!”