Can’t believe it’s been four years since that little whirlwind came into our lives.

Most folks think it’s absolutely hilarious when I regale them with a snippet from the day she was born.  After she was born, the midwife slipped her up underneath me (the girl came out while I was on hands and knees).  And the thought in my head when I saw this naked, squirmy, vernix covered creature?  “Oh my god, what’s wrong with my boy!?!?!”  Because there were, of course, no baby bits.  Took me forever (you know, several seconds) to realize the reason my boy was all wrong was because, in fact, it was a girl.  With the proper girl bits.

Anyway.  Because I’ve been slacking in some respects, we were lazy.  I took the girl to a local fancy cupcake shop and let her pick out cupcakes for everybody.  Cost almost as much as a supermarket cake, but the flavors were awesome, and there were no leftovers.  I love no leftovers. 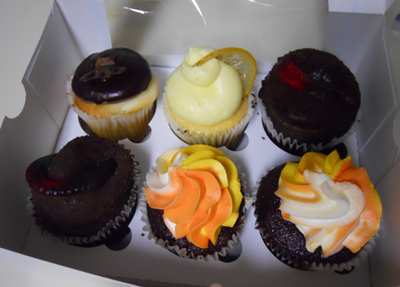 So we got them all plated up and arranged with candles. 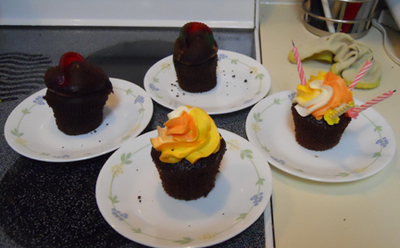 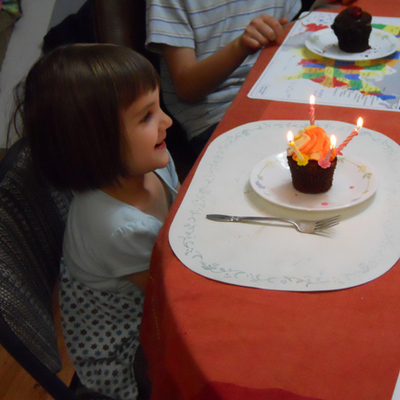 She makes some really funny faces, that kid.  She had fun blowing out the candles, it was cute. 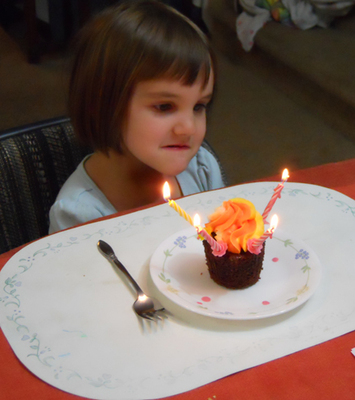 I had totally spaced about taking photos when she opened her presents.  She got some new girly underwear, a pair of little pants, and some cute Usborne books I’d set aside from months ago.