First the general WTF, then my rant. 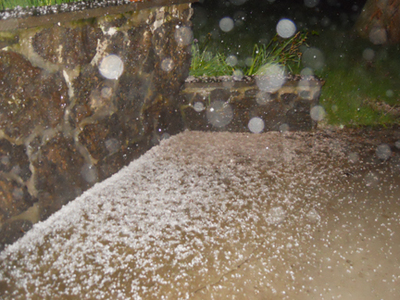 We had quite the rain/hail/thunder/lightning storm.  Raged on and off most of the night.  Now I’m incredibly glad I’m so slow/procrastinating in the garden.  My tender plants like tomatoes and basil weren’t pummeled by so much rain and hail, score one for procrastination! 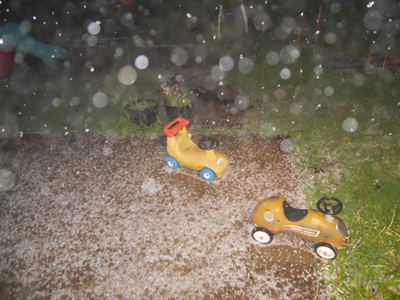 On to my rant.  I don’t expect responses.  This has been festering for a while now and I just need to get it out so I can move on.
I get that people are entitled to their opinions.  Heaven knows I have plenty of them.  But.  I strive to not make someone feel like total shit about whatever theirs is.  Within reason, you know?  Want to dye your hair purple or sent your kids off to an uber-Christian school that costs more than a house?  Whatever makes your bloomers fly up.  Want to go $100K in debt with student loans for an opera degree?  Fine, just don’t ask me to pay the bill.  I don’t have to *like* Arayan-minded folks, and I likely won’t hang out with them by choice, and I don’t agree with their beliefs, but that doesn’t mean I’m all out to get them or  somehow win them back over to the ‘good side.’

Right now there’s one thing that’s been pissing me off for years.  Anti-abortionists.  I get it.  Really, I do.  Life is precious and blah blah blah.  Groovy.  Picketing outside of Planned Parenthood and harassing 15yo girls who are going in for birth control (so they don’t get pregnant before they can handle it!) or so a rape victim without insurance can get tested for STD’s?  I’m not on board with bullying folks like that or bullying anybody really, but hey, I’m not real fond of the red light runners either, and they still do their stupid thing.

So, pro-lifers.
Say your agenda (because let’s face it, it is *your* agenda) wins someone over and they keep their baby, even though in their gut they know they can’t really handle it.
You think your fight is over and you won, right?
Well guess what?
That person who kept the baby is likely still struggling.  Round the clock feeding, daycare costs, the $5K-$100K hospital bill that needs to be paid, and feeling defeated and beaten down kind of suck.
Where are you at 11pm, midnight, 2am, 4am, 5am, and 6am?  I’d be more than willing to give you a call at those hours for a week straight and throw poop at the front door to clean up so you know how much fun a poopsplosion is at 3am.
Where are you when more diapers are needed but there aren’t any more disposables in the house or they haven’t been washed yet because there’s no sleep to recharge?
Where are you when the child you so valiantly fought for is being bullied in preschool or elementary school and the parent(s) are still trying to find their bearings and be responsible and balance their budget?

Oh yeah, your fight’s over.  Just in time for the other person’s to start, and guess what, it’s a lifetime thing.

I desperately needed help after my fourth child was born.  Desperately.  I was in a pit of post-partum depression, and it wasn’t a baby blues kind.  I was trying to find out if my health insurance covered stays in mental health institutions.  It wasn’t pretty.  At all.
And folks talked the talk and said they’d help and blah blah blah.

But where were they when I was running on 12 hours of sleep for the entire week and all the kids still needed to be fed and my kitchen was a disaster?
Where were they when I needed help with canning in order to feed my “large” family of six?
Where were they when I needed a shower and it had been 4-5 days?
Where were they that weekend with the vomit bug and all the sheets/bedspreads/bedding needed to be washed twice?  Oh yeah, with a family of six, you have several beds btw.  FYI, bedspreads/comforters do not dry quickly.
Where are they when you desperately need to get something done, like, say, reorganize the basement (see below) because clutter and crap like that is slowly destroying what little shreds of mental health you still have let?
By the time I finally swallowed my pride enough to ask, several times, I was given various excuses.  “I have plans that day,” and “I’m sorry, I just got my toddler to sleep” and “sorry, I still haven’t had lunch” and “sorry, I just can’t.”  Was even abruptly de-friended by someone (yeah, my bad, apparently my judgement of her being a good friend was incredibly wrong).
After being rejected several times by more than a few people, I just gave up.  If you don’t think your entire house going to shit doesn’t affect you, come live in my house for a week and try to function.  I can’t find the Pyrex oven dishes I needed for a potluck today.  I have to dig through boxes for 20 minutes to find a certain thing for a kid or project.  I have to stop in the middle of canning to go out to the storage unit because whoops, I took all the empty pint jars out there and forgot I didn’t have anymore in the basement because it’s so hellish.  (Btw, if you can organize a basement like this with some breakables/canning jars in a few hours with four kids up your butt while tripping you and standing in front/behind/on top of you and asking question after question or just shrieking or having verbal diarrhea, give me a call, we’ll work out a deal.) 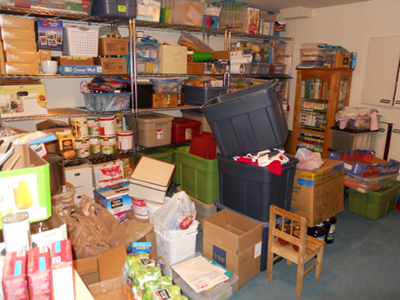 Seems to me those pro-life and ‘helpful’ folks didn’t want to walk the walk.
Raising kids is hard shit.  Anyone who tells you otherwise either doesn’t have kids, or is lying.  It’s easy to be all rainbows and unicorns and say everything’s lovely and kids are a blessing and they can do no wrong and so on.  But what about when it isn’t?  When years of sleep deprivation deprive you of your health and the kids’ growing hormones and personality clashes start flying every which way?  Do you just wash your hands of the situation, or do you jump in to help someone out and get your hands muddy?  Don’t be someone who just talks about change.  Walk the walk.  Be the change.  Show people you care and support them and that you’re more than an agenda.

6 thoughts on “Caution. I will swear.”